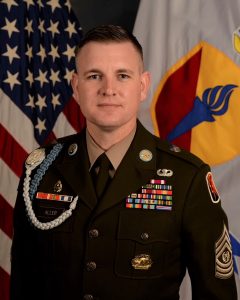 Sergeant Major Aller is a native of Sacramento, California where he currently resides with his wife and children.