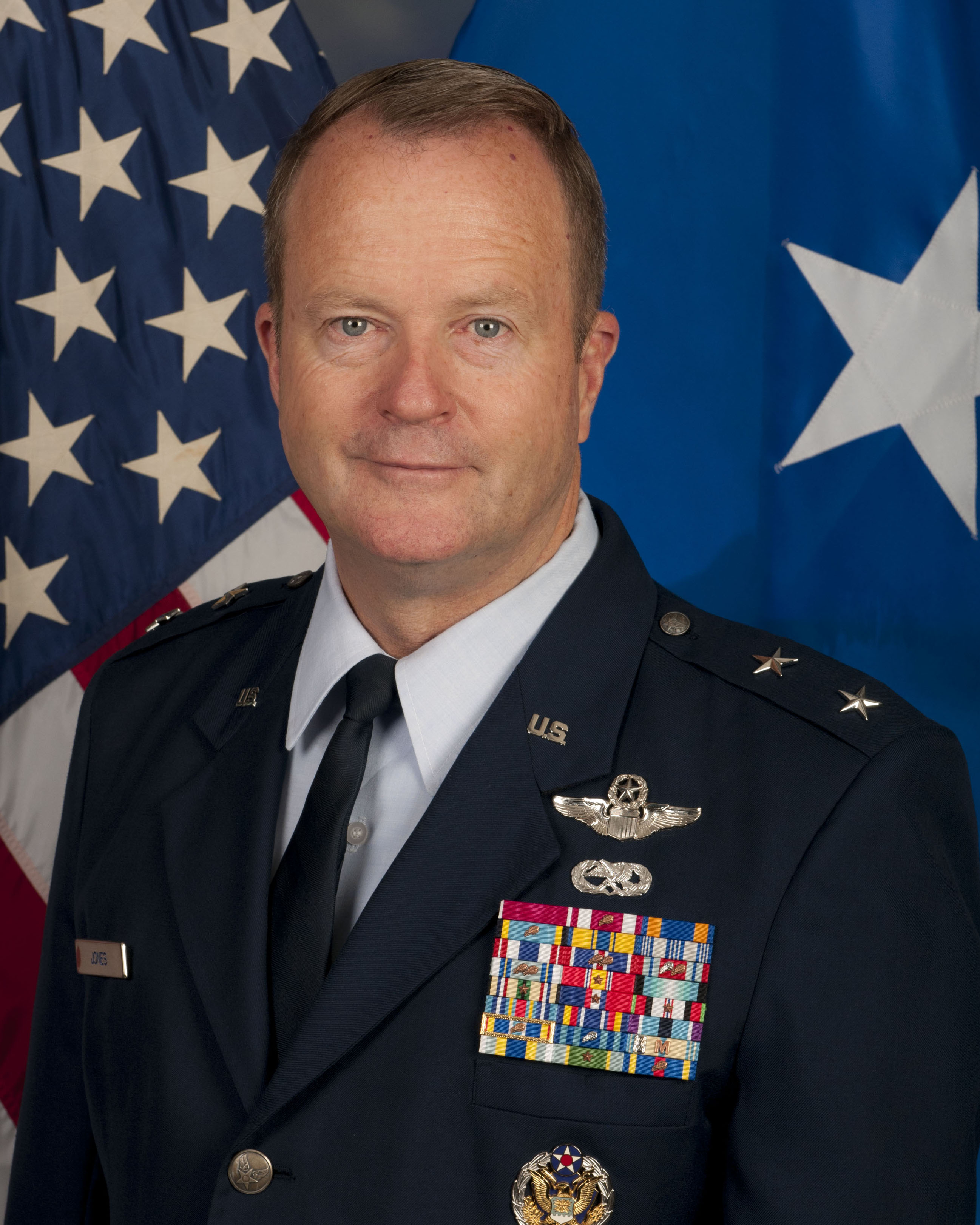 Maj. Gen. Gregory F. Jones serves Commander, California National Guard. In this role, he is the primary advisor to The Adjutant General on all programs, strategic planning, and operations affecting the California Air National Guard including five wings and more than 4,500 military and civilian personnel serving at ten locations. General Jones is also dual-hatted as the Air National Guard Assistant to the Air Mobility Command’s Director of Operations, where he is responsible for advising the director on policies and procedures for worldwide airlift, aerial refueling, aeromedical evacuation, and contingency response operations affecting more than 35,000 Air National Guard members.

General Jones began his career as a jet engine mechanic in the Nevada Air National Guard prior to attending the Academy of Military Science and earning a commission in the California Air National Guard. General Jones served in various command positions at the 146th Airlift Wing at both the squadron and group level. He deployed as a crewmember in support of Operations DESERT SHIELD, NOBLE EAGLE, and JOINT FORCE. In 2011, he deployed in support of Operations ENDURING FREEDOM and NEW DAWN as the forward Senior Air Reserve Component Advisor to the Commander, United States Air Forces Central Command. Most recently, he deployed in support of Operations INHERENT RESOLVE and FREEDOM SENTINEL as the Director of Mobility Forces, United States Air Forces Central Command, Southwest Asia. He is a command pilot with more than 6,000 hours in the C-130E, C-130J, C-17, HH-60G, MC-130P. Prior to his current assignment, he was the Commander of the 129th Rescue Wing, Moffett Federal Airfield, California.