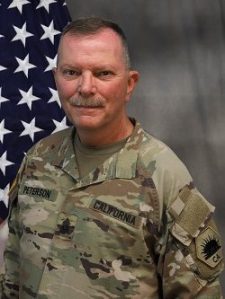 Command Sergeant Major DeGeorge enlisted in the United States Army May of 1983, serving as an Artilleryman for almost 11 years with duty locations in Germany, Korea, Kuwait and various locations throughout the United States.  In December 1993, he was Honorably Discharged as Sergeant.