This page is an effort by 40th ID Urban Warfare Center to offer one-stop shopping for urban warfare history, scholarship, resources, and points of contact for the Urban Operations Community of Interest (COI), including military, academic, and allied/international organizations. This is a living webpage, updated often to keep it relevant, and the 40th Urban Team welcomes your feedback to improve it!

The primary objective of the course is for each student to improve their ability to successfully plan, conduct, and sustain urban operations. Each student will graduate from the course understanding capabilities for tactical units to conduct large scale combat operations (LSCO) in a dense urban environment with practical tools to address the challenges faced in the urban fight. The course is geared towards preparing Brigade and Division-level staff officers and enlisted personnel with the knowledge needed to conduct offensive, defensive, and stability operations in the urban environment. Prior to attending the course, students will benefit significantly from a review of the following publications: ATP 3-06 Urban Operations, ATP 3-21.51 Subterranean Operations, and TRADOC Pamphlet 525-92-1 The Changing Character of Warfare: The Urban Operational Environment (each are available at our website under the doctrine Tab).

Upon your arrival to JFTB Los Alamitos, all TDY students must report to the 40th Infantry Division classroom 1103 (11300 Lexington Drive, Bldg. 1000 Los Alamitos, CA. 90720-5176), between the hours of 1000-1900 on 9 July 2022. At this time, you will receive an orientation and conduct in-processing. Students and instructors may check-in with base billeting (4745 Yorktown Ave Bldg. 19 Los Alamitos, CA 90720-5176) 9 July, 2022 between the hours of 1400-2100. Students are required to arrive at JFTB Los Alamitos no earlier than 24 hours prior to start date, unless you coordinate with the 40ID Urban Operations team in advance. JFTB Los Alamitos requires either a Common Access Card or driver’s license to gain access to base. Base security will have an instructor and student roster at the gate for all course participants. In the event you have issues obtaining access to base please contact the course cadre by phone for assistance.

Student orders are the responsibility of your respective unit. Your parent unit is responsible for processing your pay and allowances as well as coordinating all your travel arrangements. Approved students may use line of accounting (LOA) for all CA ARNG Enlisted and Officers is 22 URBAN OFF/ENL. Please reach out to course cadre if you are unsure if you are approve to use LOA listed. Students must have finances in order prior to arrival. It is highly recommended students and instructors possess an active government travel card or equivalent travel credit card from your organization for TDY expenses.

Uniform for the course is the Operational Camouflage Pattern (OCP), international students equivalent, and business casual for civilians. Washers and dryers are available in the billeting at building 56. Students that are not assigned in that building, must check out building key with billeting front disk during normal business hours. Students must provide their own laundry detergent. Washer is $1.75/load and $1.75/load to dry.

The minimum items required upon your arrival at in processing are as follows:

Hotel accommodations have already been arranged for all students and instructors at JFTB lodging unless you elected to secure off-base lodging at your own expense. JFTB lodging (4745 Yorktown Ave Bldg. 19 Los Alamitos, CA 90720-5176) room rate ranges from $55-$90 per night. All students and instructors will need to secure their lodging reservation through base billeting at 562-795-2124 and provide a credit card number NLT June 24, 2022. Ensure you tell billeting that you are attending the Urban Operations Planner Course. All bed linen will be provided. Free Wi-Fi is available to all guests. Parking is free on base. For more information on base lodging please visit the Joint Forces Training Base NAF-MWR Website. Attached to base billeting is a restaurant and bar (The Pub at Fiddlers Green). Breakfast will be offered to the students and instructors daily from 0630-0730 in the small banquet room in bldg. 19. During check-in at JFTB billeting, a $56.00 charge will be added for the cost of breakfast for the course duration. Lunch will be catered for instructors and students throughout the course (see Landing Fee/Working Lunches below). JFTB Los Alamitos does not have a dining facility.

Each student and instructor will pay the unreimbursed landing fee of $65 upon reporting. $65 will cover the daily catered lunches, coffee, water, refreshments, and the class social scheduled for 10JUL22. If you have any dietary needs or adjustments, please email details to ng.ca.caarng.mbx.40id-urban-warfare@army.mil.

If you are flying, the closest airport is the Long Beach Airport (LGB). Airports by distance is as follow:

Strip map of all key locations for the course on can be found at the following on the 40ID COI page. Urban Operation JFTB Map (.pdf)

The daily schedule for the course can be found at the following on the 40ID COI page: 2022 Urban Operations Course Agenda (.pdf)

The following pre-reading is assigned for each student to read prior to Day 1 of the course:

All classes will be posted at 40ID-urban.fbcevent.com and the 40th ID Urban Warfare Center YouTube channel each day after class.

Use of personal laptop and/or tape recorder is authorized for note taking. No loaner laptops will be available.

Class Social Events: There will be four optional class socials throughout the course. Scheduled social events are as follow:

Base Amenities: The following base amenities are offered during the duration of the course:

Shusha (04 – 07 November 2020) – Battle of Shusha was the dramatic culmination of the 2020 2nd Karabakh War between Armenia and Azerbaijan. Shusha sits on top of key terrain and was a strategic objective for the campaign; its capture signaled the end of the conflict.

Battle of Mosul (16 October 2016 – 20 July 2017) – This was a corps-sized formation conducting multi-domain operations as a coalition force in a dense urban environment (DUE).  A city the size of Pittsburg (50 sq mi) with a pre-conflict population equal to Philadelphia (1.5 million). “Mosul … hosted the most violent urban combat the world has seen since World War II” – COL Pat Work

Second Battle for Fallujah – 2004 – Fallujah is an example of combined arms units successfully penetrating deep into the city to dislocate the enemy.

First Battle of Fallujah (04 – 09 April 2004) – A good example of rushing into an urban battle based on senior political and military leaders having an emotional reaction to a horrible event. Committing ground forces to an urban battle before they are prepared can have grave consequences.

Battle of Najaf (05-27 August 2004) – In Iraq, Shiite cleric Muqtada Al-Sadr called upon thousands of armed followers to resist the occupation. Fighting broke out in the holy city of Najaf, the site of the Imam Ali Mosque and the largest Muslim cemetery in the world. U.S. forces fought in 120-degree heat through a tangle of crypts, mausoleums and crumbling graves. The fight was brutal, pitting religious zealots against U.S. Army and Marine Corps troops.

Second Battle of Fallujah (07 November – 23 December 2004) – 2nd Fallujah is a good example of a military reviewing the lessons learned from a previous urban battle (1st Fallujah), correcting their errors and conducting an urban operation properly.

Battle of Mogadishu (03-04 October 1993) – Forever immortalized as the “Black Hawk Down” incident based on the book by American journalist Mark Bowden and the film of the same name.  Local tribesmen from Muhammad Farrah Aidid’s clan fought U.S. Army and special forces troops after a raid had captured several of Aidid’s subordinates.

Suez City (24 – 25 October 1973) – Most urban operations throughout history have ended with the offensive force achieving victory. Rarely has an urban battle occurred where the defenders clearly succeeded. Most historical cases show that even though there were a high number of casualties on both sides, the offensive force eventually won regardless. However, the Battle of Suez City is one of the rare cases in urban warfare history where the offensive force committed so many strategic, operational, and tactical errors and the defense was so well planned and executed that the defenders achieved victory.

Hue in 1968 – Part of the Tet Offensive, Hue was an epic, nearly monthlong battle took place between large units of US Forces (Army & Marines) and multiple regiments of Viet Cong and North Vietnamese Army soldiers. It was a battle that brought about major shifts in the war and in the American public’s attitude toward it.

Seoul (20-29 September 1950) – Sometimes called “the battle of the barricades,” this week-long battle from 20-29 September 1950 had U.S. Marines using good combined arms tactics to wrest a fairly sizeable city from its North Korean defenders.

Manila (03 February – 03 March 1945) – A major, month-long battle which became the worst urban fighting in the Pacific theater in World War II. Multiple American divisions fought to capture the capital city of the Philippines from Japanese forces occupying it. The battle resulted in the death of over 100,000 civilians and the complete devastation of the city. It’s notable for American forces securing civilian infrastructure (e.g. the city’s water supply), which paid dividends after the battle.

Groningen (13-16 April 1945) – A lesser-known Canadian urban operations battle that involved the 2nd Canadian Infantry Division in its entirety in the closing weeks of the Second World War.

Aachen in 1944 – Aachen was one of the largest urban battles fought by U.S. forces in World War II, and the first city on German soil to be captured by the Allies. Although most of Aachen’s civilian population was evacuated before the battle began, much of the city was destroyed and both sides suffered heavy losses.

Aachen (02 – 21 October 1944) – Aachen was one of the largest urban battles fought by U.S. forces in World War II, and the first city on German soil to be captured by the Allies. Although most of Aachen’s civilian population was evacuated before the battle began, much of the city was destroyed and both sides suffered heavy losses.  The Americans fought this battle particularly well using good combined arms tactics.

Gela (10 July 1943) – A little known, short but sharp battle that took place between U.S. Army Rangers and tanks from the Italian Livorno Division on the first day of the Allied invasion of Sicily, 10 July 1943.

Ortona (20 – 27 December 1943) – The battle was known as “Little Stalingrad,” for the brutality of its close-quarters combat, which was only worsened by the chaotic rubble of the town and the high level of violence used by both sides.

Stalingrad 1942-43 – ‘The fighting that took place inside the city was among the most intense of all the urban battles that took place during the Second World War. It was the first time that mass industrial armies, fully equipped with modern weaponry of machine guns, tanks, artillery and airpower, had been involved in a sustained battle against each other inside a city. Not only was it one of the most savage engagements of the war, but it is plausibly held as the turning point of the conflict in Europe.’ -Anthony King, Urban Warfare in the Twenty-First Century

Civilians in the Urban Battlespace

Intelligence Preparation of the Urban Environment

Aviation and Helicopters in Urban Operations

Please continue the conversation by using hashtags #urbanwarfare or #urbanoperations in your social media posts. 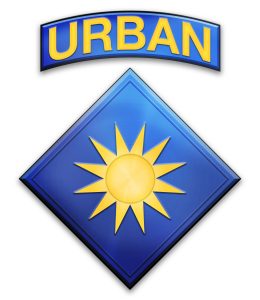 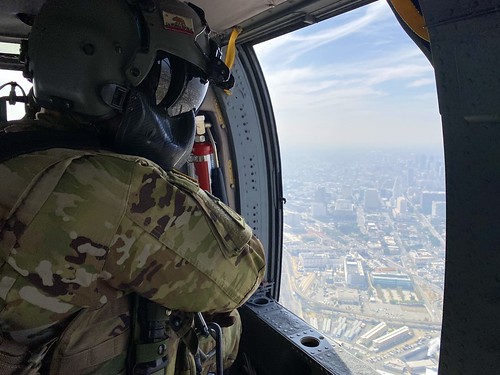